LETTER TO THE EDITOR: West silent on Copts’ plight 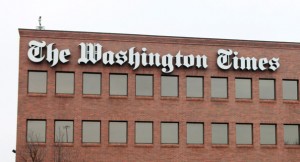 In “democratic” Egypt, even children are persecuted. Consider the following true story: Mina, 9, and Nabil, 10, are Coptic children from a poor village in Upper Egypt. Mina and Nabil are illiterate. One day, they were playing in a pile of papers by the side of the road. They found an old, torn book that turned out to be a Koran.

A bystander saw them and accused them of tearing up the Koran. He filed charges against them and a district attorney issued an order to place them in a juvenile detention facility until their trial.

When news of the incident surfaced in international media, Egyptian President Mohammed Morsi intervened and ordered the children released from the detention facility. What the media have not covered, however, is that the two children were not pardoned by the president; they were merely released until their trial. This is just one of several cases in which Coptic Christians have been charged with blasphemy.

In most of these cases, Copts have received harsh sentences. Persecution of Coptic Christians has intensified since the Egyptian uprising last year: More than 100 Copts were killed in 2011 and several hundred were injured. Hundreds of Coptic families were evicted from their homes by Islamic extremists, and many Coptic churches, homes and businesses were destroyed. To escape harassment and discrimination, tens of thousands of Copts have left Egypt since the revolution.

The persecution continues as the world passively looks on. Yet much can be done with minimal effort. Our government gives Egypt $1.5 billion in military aid every year. Egypt recently asked for a $4.8 billion loan from the International Monetary Fund. I am not asking to stop either of these, but they are examples of leverage the United States and the West has with the Egyptian government. Our government needs to let the new rulers in Egypt know that persecution of minorities needs to stop.